This post is a modified and expanded version of a post that originally appeared on my personal blog.

I went to an awesome small conference a few years ago. The location was gorgeous, I got my own room, the talks were all well prepared and about stuff I’m gaga over. There were enough acquaintances attending to feel comfortable and enough new folks to make some useful connections. Plus, the conference sponsors gave away lots of free and super nerdy books.

I also got to interact a lot more with two postdocs from my university who I had developed little science crushes on and really admired. When I prepare for discussion groups, I try to work through the material as deeply as they do. When people ask me questions, I try to respond as carefully and thoughtfully as they do. When they say a book really impressed them, I go read it. So, naturally, I was pretty excited to spend more time with them.

The thing about role models, though, is that they can really let you down.

I took a walk with these postdocs after a long day of talks. Somehow the conversation turned from cool research in my subfield to poverty and homelessness. Specifically, how the homeless people one postdoc saw couldn’t possibly be homeless because they were sitting out in the rain instead of finding shelter. Then the other postdoc jumped in, and suddenly they were talking about how annoying it is to have to walk around homeless people on the sidewalk, how offensive it is for homeless people to ask you for money, and just generally being disparaging of the poor and especially the homeless.

I’ve never been homeless, but we were poor enough that my mom used to put water in the milk to make it go a little further. While my family’s financial situation has improved, I’m now the most financially stable person in my family – and I’m a graduate student. 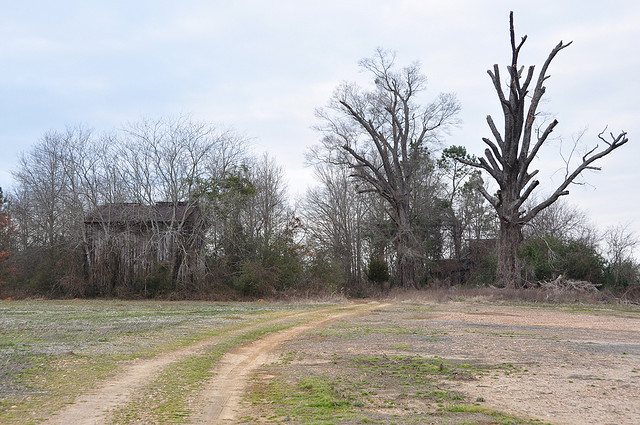 Anyway, at some point I’d started to identify with these postdocs, to see some part of myself in them. And that made me feel more confident in my own potential. When they started talking about the poor like they had some sort of moral failing or disease, all that vanished. Suddenly, they were just impossibly clever and talented people who I had nothing in common with.

Later I got angry, told myself how ignorant of their privilege they were and got right back to doing my work and loving it.

But in the moment, I couldn’t say anything to them. Instead, I just muttered an excuse and took a different trail, irrationally terrified that if I opened my mouth they would know that I’d been poor. Being poor is nothing to be ashamed of, but when people talk like those postdocs it is so hard not to be hurt and humiliated. If I hadn’t looked up to them, personally and professionally, it would have been easier for me to deal with their poor-people trashing. I still would have been hurt and angry, but I wouldn’t have spent even a second questioning my ability to do my job.

Academic scientists don’t talk about class much. We don’t regularly acknowledge how money keeps talented people out of academia. If we do, it’s usually framed as an educational problem (poor students go to poor schools) or a lack of funding for science. Individual classism like I described above and the enormous structural barrier of a thousand small bureaucratic hurdles faced by poor people in academia rarely are even acknowledged. Worse, the poverty of graduate school is often joked about. How many professors reminisce fondly about just scraping by in grad school? How many people joke about the number of people they fit in their hotel room at the conference or how many times they had to eat ramen?

The financial hardship of graduate school is often downplayed or thought of as temporary. However, finishing a PhD and finding a job is often an incredible financial hardship for even a relatively well off student now. Many students must beg or borrow 10s of thousands of dollars from relatives or otherwise rely on family resources and still end up in crushing student loan and credit card debt. Poor students can’t rely on family – they often have family members relying on them.

Even worse, we don’t even have the promise of a secure well-paying job at the end of graduate school: the academic job market looks more and more like a pyramid scheme, graduate students receive almost no training for non-academic careers, and the non-academic job market is incredibly competitive, too. A poor person may beat the odds and make it through graduate school only to face a lifetime of overwork and poverty level wages as an adjunct or low pay, constant moves, and lack of job security as a postdoc. Even making it on the tenure track isn’t a guarantee of financial stability when you’re coming from poverty. Going into massive debt to train for a career that is less and less likely to exist or pay well means that people who lack external resources cannot make it in academia.

So there are some hard things about money in graduate school, and they’re even harder when you’re already poor.

There are also cultural fit problems. Co-workers are often unsure how to respond when I share stories from my childhood. They ask seemingly innocuous but painful questions like “where did you go on vacation when you were a kid?” or they want to split the bill down the middle, assuming available income. Colleagues look down on my parents when they find out they’re incredibly religious. My parents couldn’t help me with my college applications or give me advice on navigating academia (I can’t count the number of successful academics I know with professor parents.). Other scientists want me to pull out my carefully hidden accent with its blatant class markers as a party trick. I had to learn which stores and restaurants I shouldn’t go to (thrift stores > WalMart, a reversal from my childhood when getting new things was a treat). Dress is particularly fraught for me. I spent a lot of time developing a style from thrift stores that’s a sort of vintage chic to hide my poverty. If you’re wealthy, you can show up in sloppy REI outfits, but the poor (wo)man’s equivalent is less acceptable.

There are things you can do to help students from impoverished backgrounds. Most of these are geared towards PIs, but #1 especially applies to everyone.

If you’re poor and want to attend grad school or are already there, there are also some things you can do to get where you want.

Poverty is horrible, and academia is a hard place to be poor. If you’re an academic, you’re supposed to be solidly middle class, but that’s becoming less and less true. The best thing we can do is advocate for policies within higher ed that promote better and more equitable salaries for everyone and for policies at the government level that alleviate poverty across the board. This will make academia a better place for people already there and open the doors to students from more backgrounds.

81 thoughts on “Poverty in the Ivory Tower”